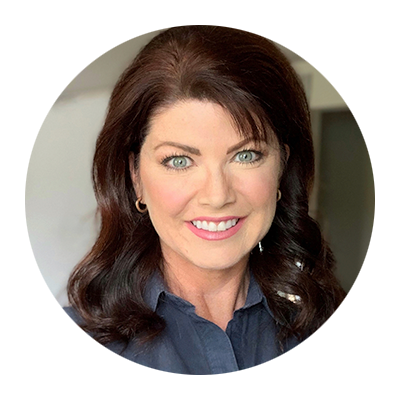 Rebecca Kleefisch is the President and Founder of the 1848 Project, Inc.

A “recovering journalist,” Rebecca began her career working as a reporter for WIFR-TV in Rockford after graduating from the University of Wisconsin. Soon after, she became a reporter and then news anchor for WISN-TV in Milwaukee, where she worked until starting her own small media and marketing firm in 2004.

In 2010, Rebecca was elected as the 44th Lieutenant Governor of Wisconsin where she championed workforce and economic development for 8 years. She is well known for her efforts in fighting poverty and focusing on prison reentry reform, where she pushed for the placement of job centers at corrections facilities. She helped create and chaired the Interagency Council on Homelessness which produced Wisconsin’s first action plan to end homelessness as we know it. Rebecca also co-chaired the Governor’s Task Force on Opioids Abuse and the Task Force on Minority Unemployment. Rebecca started the Governor’s Small Business Summit, a symposium for small business owners to gain access to state leaders and the Small Business Academy, a free seminar designed for minority and female potential entrepreneurs. She is the former Chairman of the Aerospace States Association, which articulates and advocates for aerospace and aviation policy across the country, and the former Chairman of the Republican Lieutenant Governors’ Association.

Most recently, Rebecca served as the Executive Director of the Women’s Suffrage Centennial Commission, where she launched the country’s efforts to commemorate and educate America about the 100th anniversary of women earning the right to vote.

In addition to her work at 1848 Project, Rebecca servers as the Jobs Ambassador for Associated Builders and Contractors of Wisconsin, traveling the state to encourage more Wisconsin workers to choose well-paying jobs in construction trades. Rebecca is also a member of the Town Bank and the Joseph Project Boards of Directors.

Rebecca lives in Concord, WI with her husband Joel and daughters Ella and Violet.